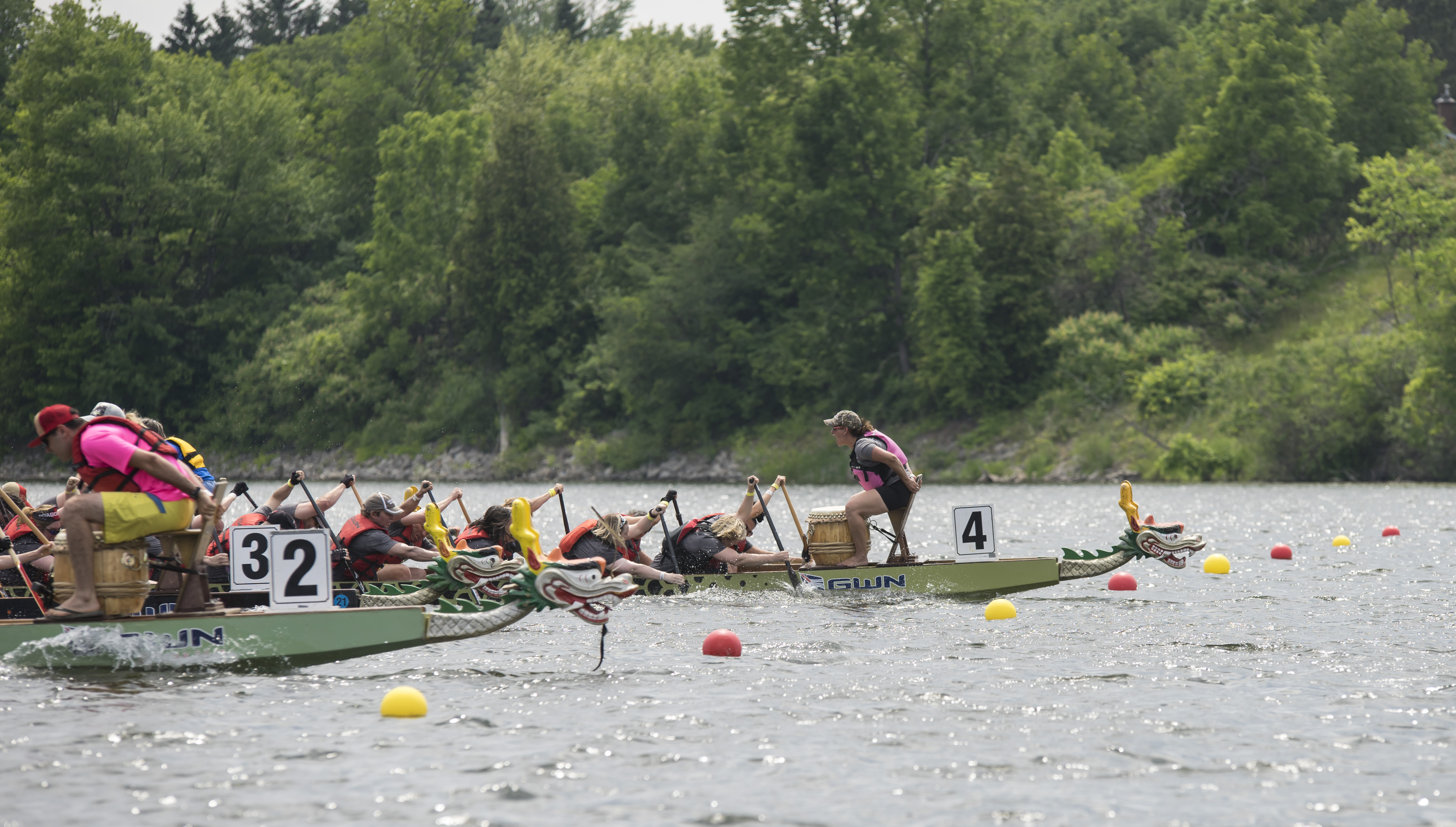 It was quite a weekend to be at the Tim Hortons Ottawa Dragon Boat Festival. I wasn’t planning to go to Sunday’s event but decided to go because one of my lion dance member was participating in the race and also support Loon Choir play live.

Despite being another scorcher, there were some winds helping cool things slightly. It was fun to hop on the raft to check out the races as mentioned that my lion dance member taking part in it. The schedule for the races were delayed and I was able to catch it while on the raft. It’s just the thrill to seeing the races on the waters. Photos are posted below.

Overall, an excellent 2016 edition of the Ottawa Dragon Boat Festival and the organizers and volunteers have done a great job holding the festival. It’s become the best in North America. Dragon boat racing, various activities and live music in the hot Summer, you can’t beat it in Ottawa.

This wraps up season 11 of the blog. It’s been fun filled ride with the music and lifestyle events covered in Ottawa. See you in the Fall.

A Tribe Called Red at ODBF