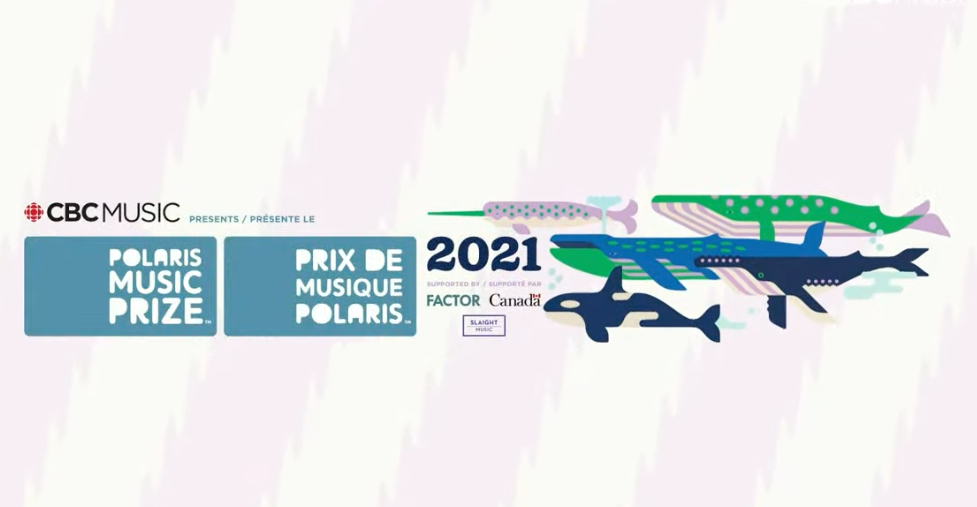 For the second year, due to the on-going pandemic, the Polaris Music Prize and CBC Music live streamed the 2021 winner for the best Canadian music album of the year.

Congratulations goes out to Rollie Pemberton, known as Cadence Weapon for his album, Parallel World. Released in 2021 and having excellent reviews.

The live stream had a chilled vibe with a loft setting. It looked more like a cool living room.

In Polaris tradition, the previous winner is there to announce the winner. 2020 winner, Backxwash was there and announced Cadence Weapon as the winner.

The exciting part with Cadence Weapon is that he recently signed with Ottawa’s Kelp Management.

You can listen the Polaris winning album on Spotify. Give it a listen. 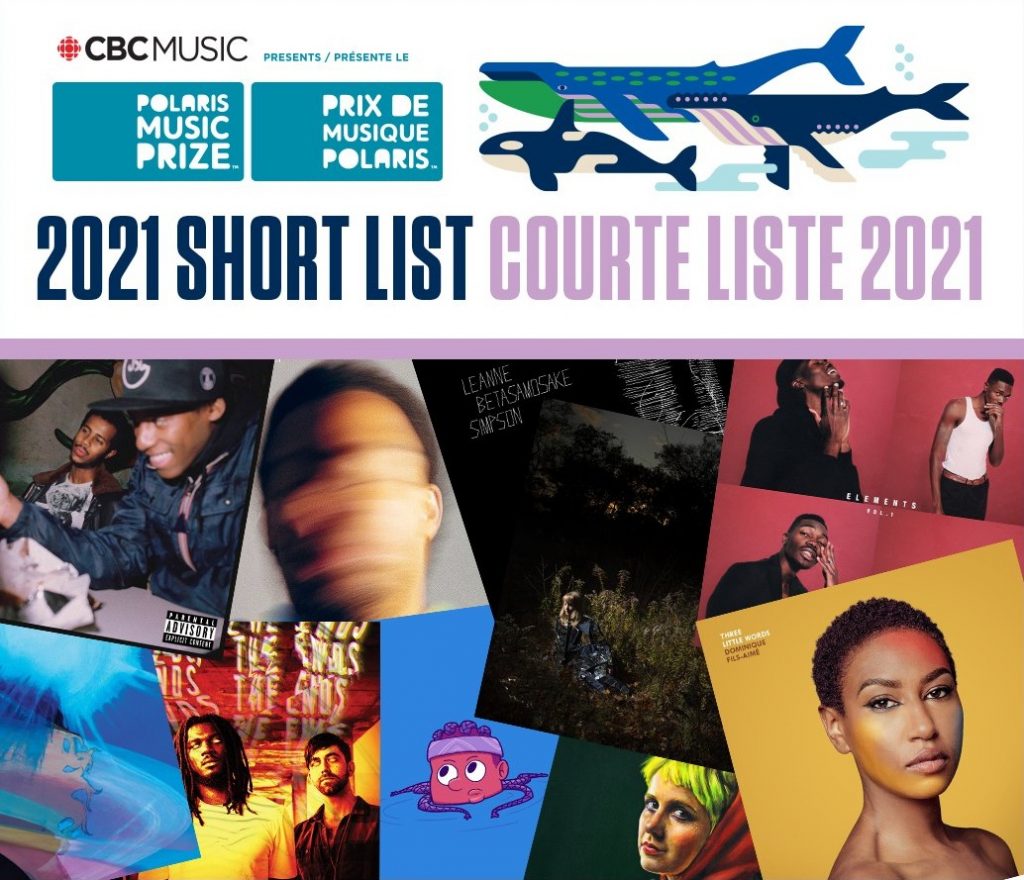 Overall, it’s a great selection. A lot of first time nominees and a few returnees.
You can also check the 2021 Long List at this link (as pdf).

It’s nice to see Cadence Weapon back as he recently wrote a post on how he was treated from his former record label and management. You can read it from this link.

With the uncertainty of event gatherings, the Gala will not be hosting for another year.

The winner will be revealed on September 27th.

END_OF_DOCUMENT_TOKEN_TO_BE_REPLACED 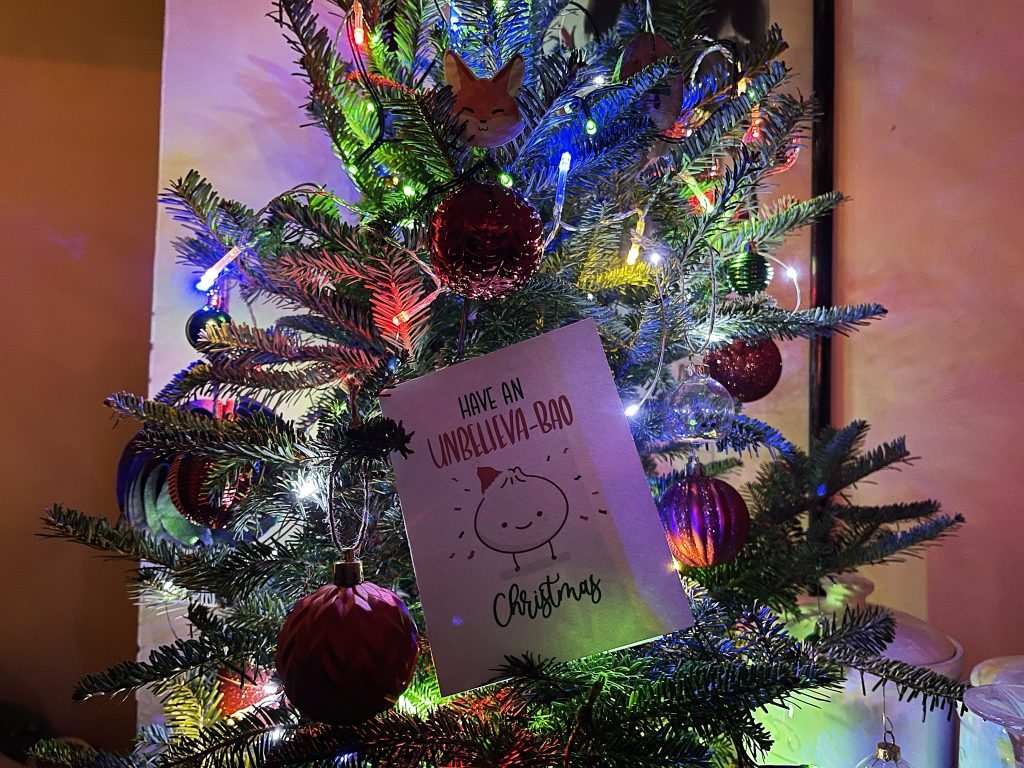 It’s been awhile that a Christmas entry has been written. With the pandemic continuing, there’s a sense of the Christmas spirit forgetting with the days going by quickly.

A Christmas tree has been installed at the home for the first time in decades.

Starting to forget to play the usual Christmas song to listen. Posting an audio throwback from 2013, myself and Lauren played some of the favourite Christmas tracks.

Posting some music video as an update. I never had a chance to play them while on the radio years ago.

On Spotify, there’s a playlist for Chinese Christmas songs, check here to check it out.

I wish everyone a safe Happy Holidays, a Merry Christmas and a great New Year in 2021.

Enjoy the audio and music videos.

END_OF_DOCUMENT_TOKEN_TO_BE_REPLACED 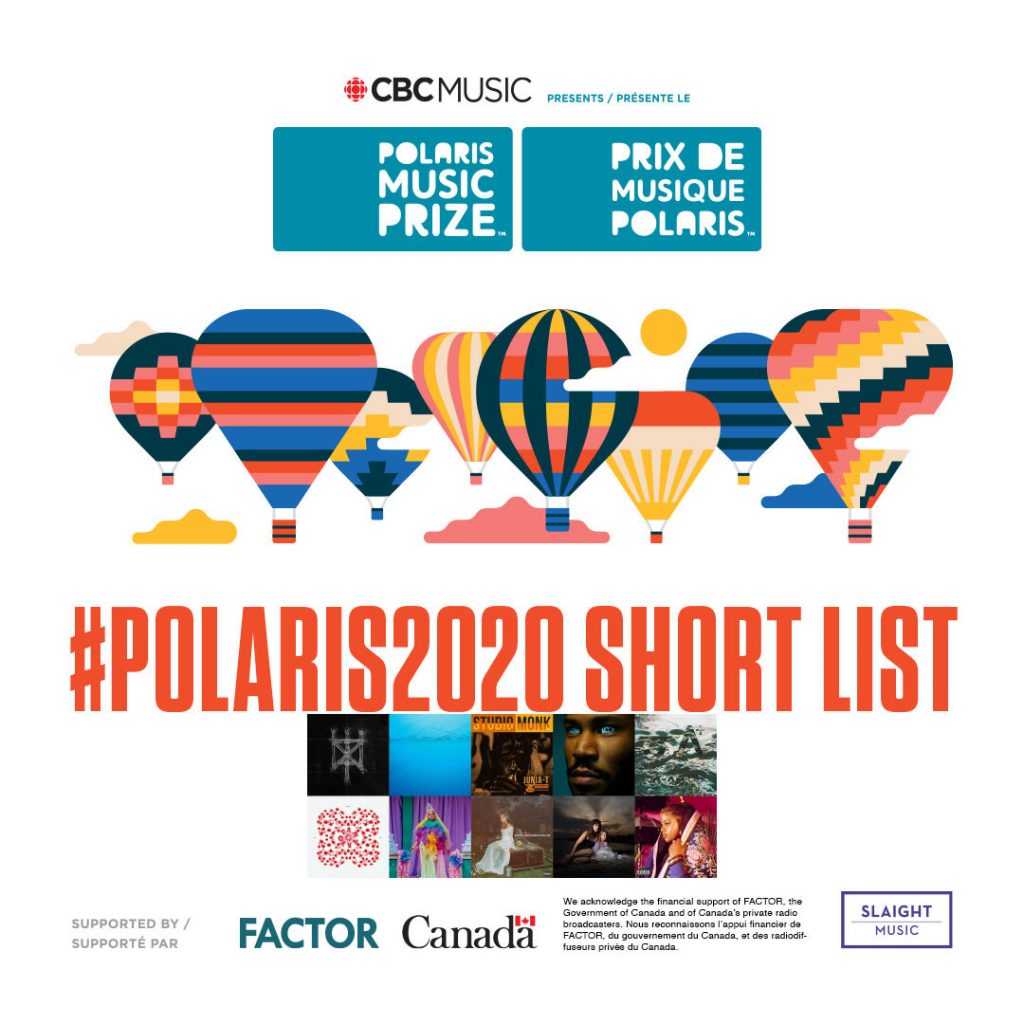 Here is the 2020 edition of The Polaris Music Prize Short List;

The Short List was announced on CBC Music on Wednesday afternoon.

There will be no Gala as CBC will be presenting in a cinematic format through their streaming platforms as well as Facebook, Twitter and YouTube, on October 19th.

The winner will get the $50,000 prize for the best Canadian album based on artistic merit.

The 10 short listed albums looks to be excellent and October can’t come any sooner. Happy listening. 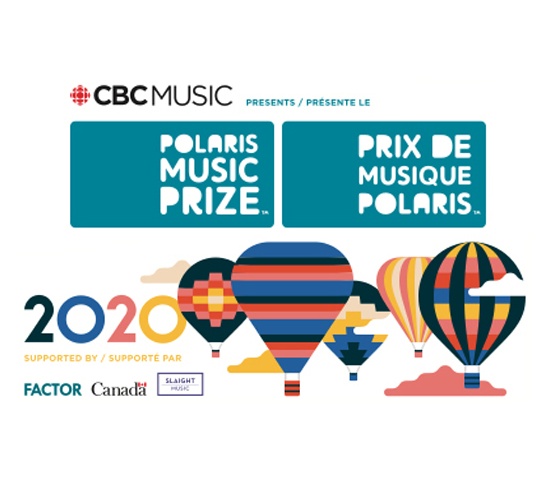 Slightly back from COVID-19 hiatus and no way to miss this. Every June, The Polaris Music Prize unveils their long list of 40 Canadian albums from 2019 to 2020.

Due to the pandemic throughout the world, this year’s Long List announcement were done by past Polaris nominees as it was broadcast on social media and YouTube.

The Short List of 10 albums will be announced next month. There will not be a Gala at the Carlu this year. CBC Music will announce the winner of the 2020 Polaris Music Prize in September. 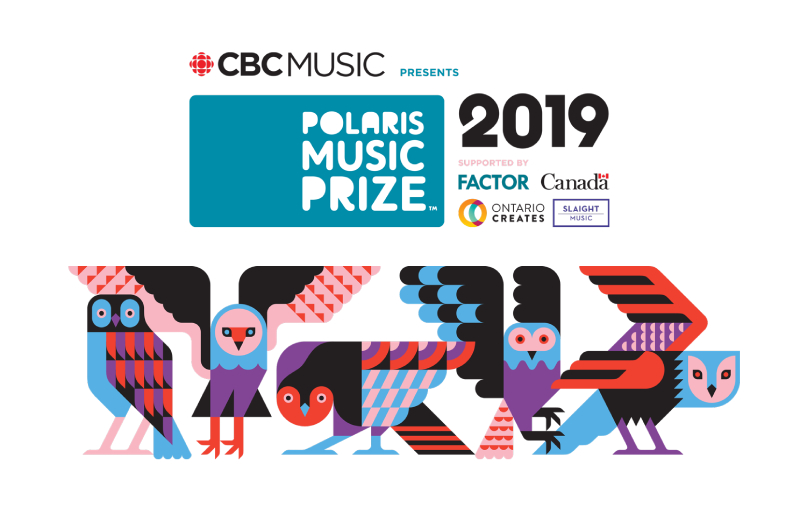 The Polaris Music Prize has released their 2019 short list. The list below are the nominated albums running for the best in artistic merit in Canadian music and the $50,000 grand prize.

The Polaris Music Prize Gala will be held on September 16th at The Carlu and will be attending the event with fingers crossed. 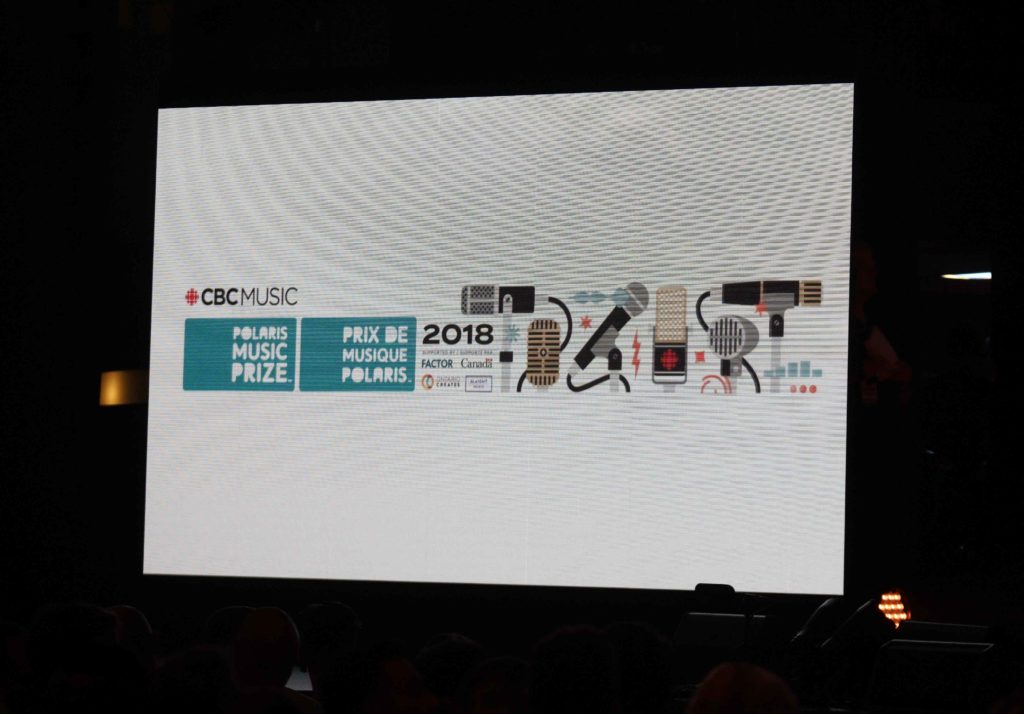 At the 2018 Polaris Music Gala, aside from taken photos from the digital camera, I decided to bring 3 Polaroid cameras. It was quite an overkill using 4 cameras in one night.

The food was made by chef Chris Barrett at Oliver & Bonacini and was a courtesy from SOCAN. It consisted of fish tacos, grilled cheese sandwiches and meatballs.
You can view the photos below.

END_OF_DOCUMENT_TOKEN_TO_BE_REPLACED 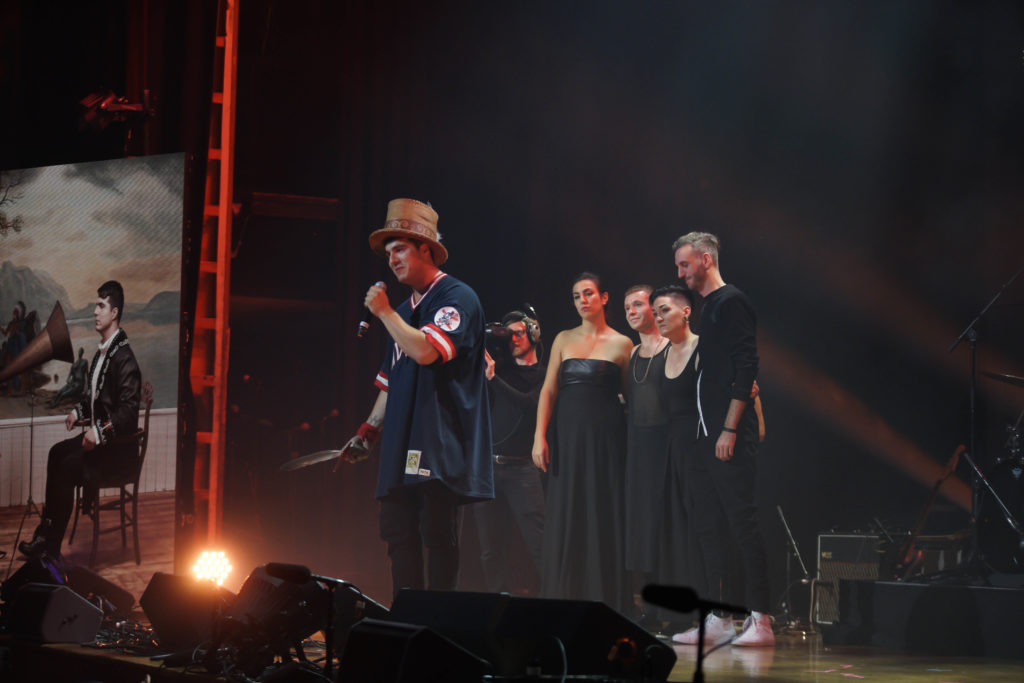 The winner of the 2018 Polaris Music Prize went to Jeremy Dutcher for his album, Wolastoqiyik Lintuwakonawa.

The classically trained operatic tenor and composer beat out nine Canadian albums from artists and bands for the $50,000 monetary reward.

This year’s Gala went pretty long but the performances from the bands and musicians were all excellent.

It’s always a great time attending the gala and seeing friends and acquaintances.

You can check the photos below. Be sure to check out the Polaroid photos from the Polaris Music Prize Gala on another post or on my Instagram.
END_OF_DOCUMENT_TOKEN_TO_BE_REPLACED 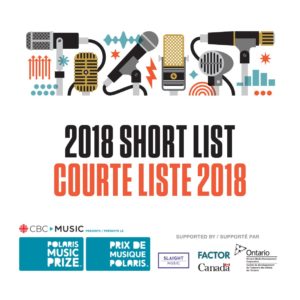 The 2018 Polaris Music Prize Short List was unveiled and here are the 10 albums as voted by Canadian journalists, bloggers and critics and broadcasters to find the best in Canadian music.

There you have it, a good mix of Francophone, Rock, and R&B music to the 2018 edition of Polaris Music Prize.

Some repeat entries from Alvvays, U.S. Girls and Weaves to new entries from Daniel Caeser and Partner. All 10 short listed albums will be worth listening on music streamed services like Apple Music and Spotify.

The Gala is on September 17 and hope to be there in Toronto.

It’s very rare I usually do an essay/commentary on my blog. For those who know me, I’m a total Cantopop fan/lover when I combined that genre with Canadian indie music when I had a weekly radio show.

Being as a Chinese-Canadian, my mom used to rent videotapes from Hong Kong’s TVB. Ranging from dramas to music shows, it’s been ingrained since I was young.

How did I become hooked on Cantopop? I would say that the Hong Kong Handover in 1997 affected me because I had relatives living there and my parents were from there. I didn’t want to lose that part of my cultural heritage. It wasn’t until towards the end of high school where I was listening to Hong Kong radio on the Internet and my love of radio came back in a different approach.

In my University phase, I still kept listening to the classic Cantopop songs and some newer music. 2003 struck when Leslie Cheung and Anita Mui died and the Cantopop industry was never the same since. In the mid-2000s, I was not able to listen to one of the popular Hong Kong radio stations because of the audio streaming and switching to the Mac computers.

An article published on July 22, 2017 from SCMP explained the decline of Cantopop and who can be the next star to regain the footing. The link can be read here.

In 2019, a New York article writes about Denise Ho being face of Cantopop’s fight against mainland China. The link can be read here. CBC Q also has the interview with the New Yorker’s Jiayang Fan on Denise Ho, you can go here.

Getting into Beyond
Aside from the tragedies, one impact that still hits the mark among Cantopop fans has been the death of Beyond’s frontman, Wong Ka Kui. I’ve been entrenched with their music because their range can soft, slow, fast and heavy. They were mainly a rock band unlike the conventional singers in Cantopop.

Their popular tracks were often love songs towards the end of 1980s and into 1990s, it was getting into the political message.  END_OF_DOCUMENT_TOKEN_TO_BE_REPLACED