It’s quite the decade in the 2010s. This is a look back on how my blog evolved throughout the decade.

The Early 2010s
The integration of the radio show I had at the time made good use of the blog. It was used as a summary and continuing the coverage of Canadian music.

My favourite thing from the radio show were interviewing Nat & Marie and musicians from the likes of Basia Bulat, Shad and various Canadian musicians and bands.

I had the opportunity to have people come in as co-hosts of the radio show. Shoutout to Lauren, Marzia, Erica, and Candice.

2014 and Onwards
Due to the abrupt end of the radio show in early 2014, things changed with the blog with less coverage of Canadian music. I was able to cover the Polaris Music Prize Gala every September and enjoy the live performances as well as finding out who would win the prize.

Not all is lost when covering Canadian music as I’ve become a great supporter of Scary Bear Soundtrack.

There was more emphasis of a lifestyle theme in my blog posts. More links to social media through Instagram and Facebook.

Polaroid photos were used in covering the blog and social media accounts. It became an obsession to shooting Polaroids.

One of the fun memories was in 2017 and it was covering Red Bull Crashed Ice event. I got to meet two photographers/Instagrammers there. Shoutout to Andrew and Sudevi.

Wrapping up 2019
Several Instagram meetups would define 2019. It’s been great meeting some photographers and Instagrammers at events.

To end 2019 and season 14, you will notice a makeover of the blog as I changed the theme layout. I hope you will enjoy the new look and going forward to the new decade.

Happy New Year and season 15 to be coming soon. 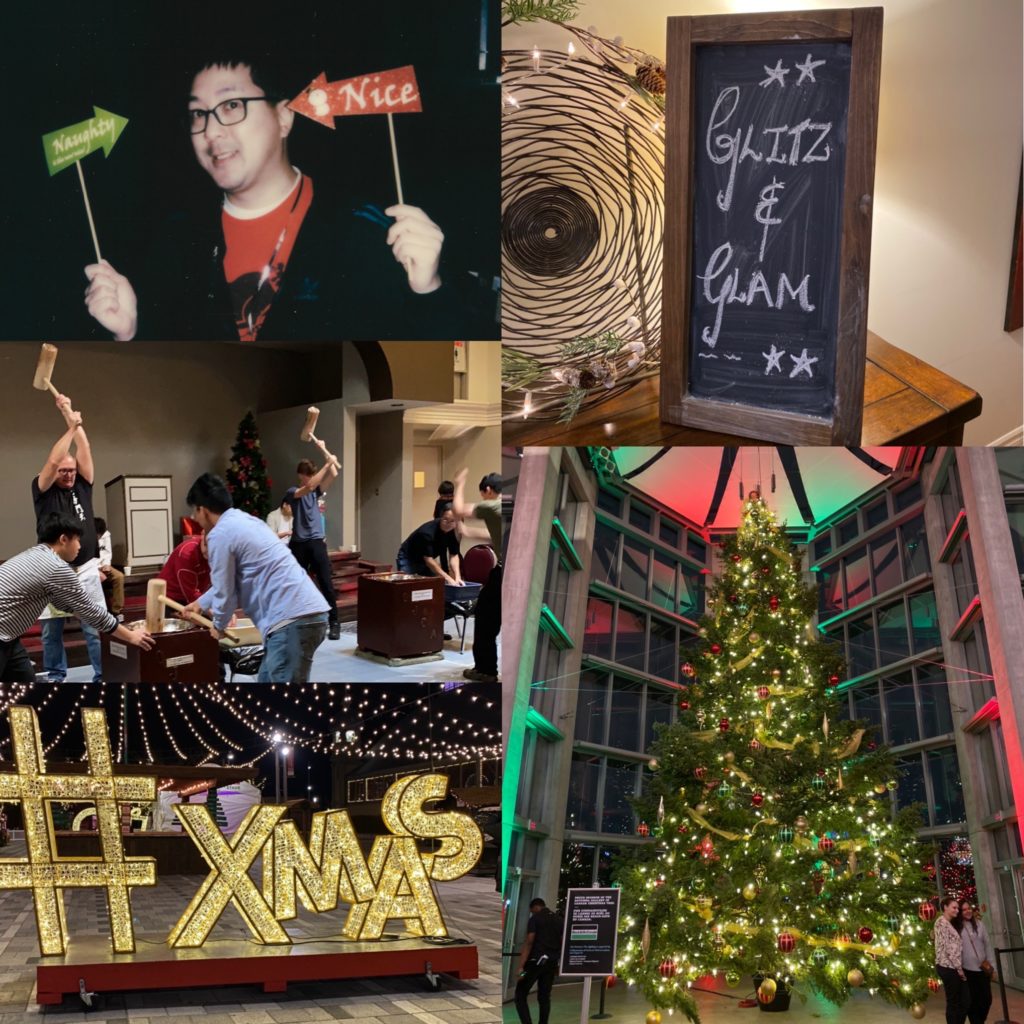 On the first Sunday of December, I went to Mochisuki 2019 at St. Anthony’s Banquet Hall. Mochi is one of those unique snacking delicacy in Japan. It was quite a fun and popular event by the Ottawa Japanese Community Association.

On Tuesday, I attended Ottawa Tourism’s Influencer Party at Craft Ottawa in Lansdowne Park. It was great seeing the photographers and Instagrammers for another year. After the party, I shot some photos around Ottawa Christmas Market at Lansdowne.

On Thursday, I went to National Gallery of Canada for a get together with The Chinese Canadian Collective as we checked out the temporary exhibits. There was the Christmas Tree Lighting.

On Friday, I attended a private party hosted by Instagrammers, ottstyle and jewelsforlunch. It was called Glitz & Glam. At the party, I got to use the Polaroid Lab by Polaroid Originals as well as the OneStep+. It was great seeing Ottawa Instagrammers and some I haven’t seen in awhile. All in a holiday fun.

It was quite the first week of December to attend these exciting events. Big thanks to Ottawa Tourism, Steph (ottstyle) and Harshita (jewelsforlunch) for holding these events. You can check the photos from below. END_OF_DOCUMENT_TOKEN_TO_BE_REPLACED 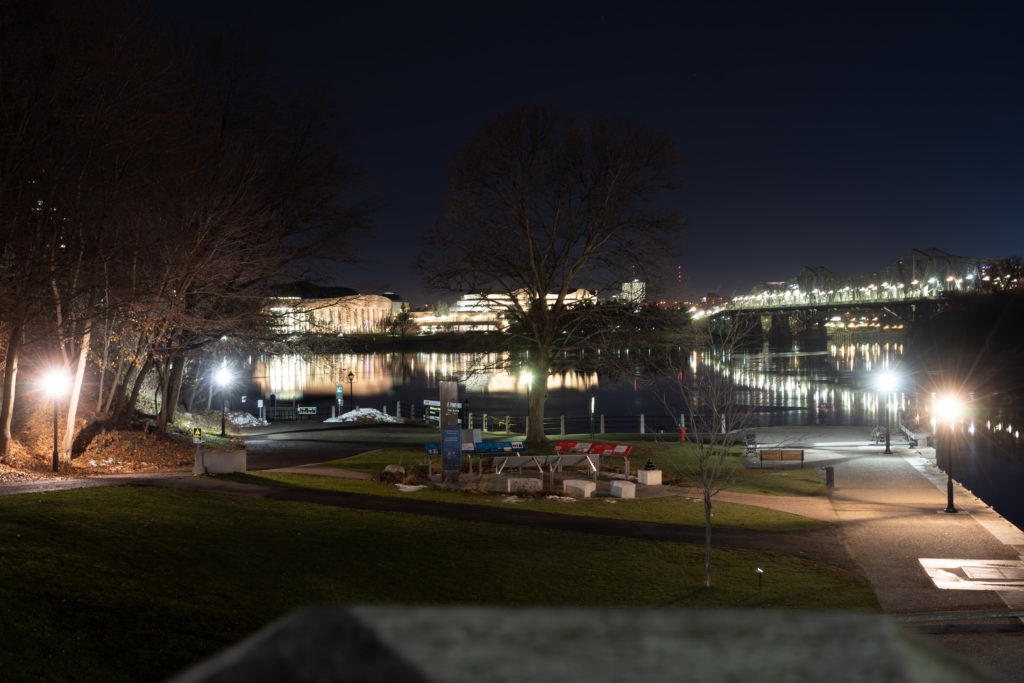 On Tuesday night, I joined up with a couple of people for the photo walk hosted by Passportunities. It was a fun time as the weather held up pretty well with no rain and snow. I used the Sony a7 III as I don’t usually get a chance to shoot with the camera.

It’s one of the rare times I shoot outdoor night photos. I had good lenses for the Sony camera but forgot to bring a tripod to shooting long exposures.

Thanks to Darcie for organizing the photo walk. You can view the photos below.

END_OF_DOCUMENT_TOKEN_TO_BE_REPLACED 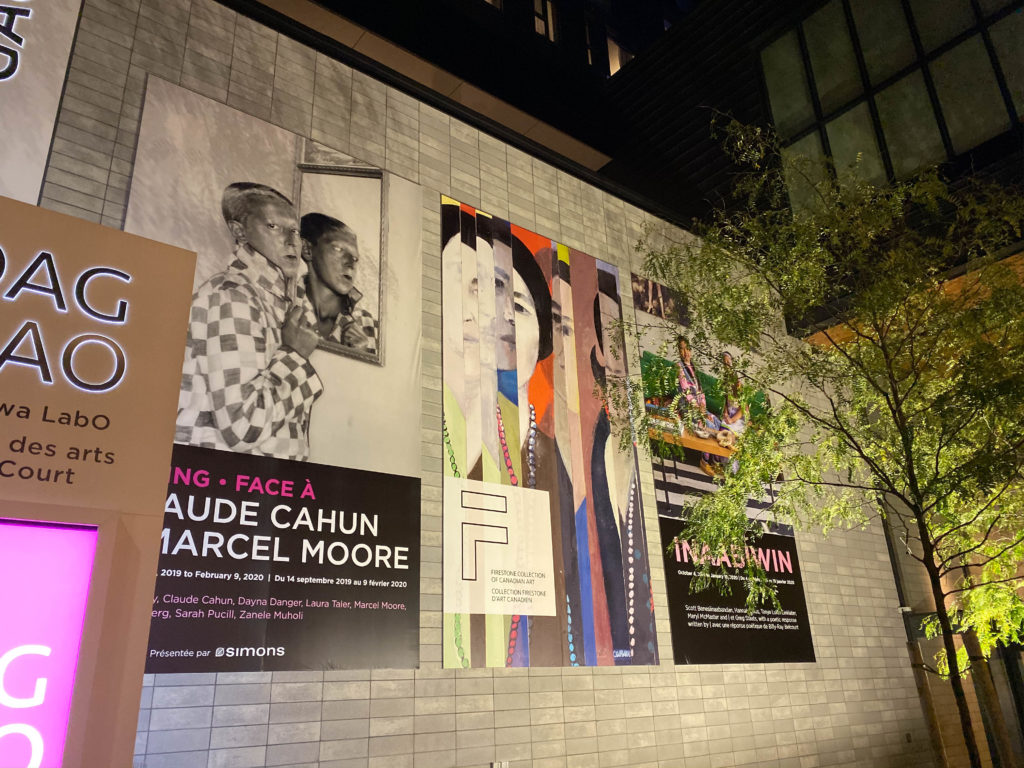 On Wednesday night, I had an opportunity to check out the preview of Ottawa Art Gallery‘s Fall 2019 exhibitions.

Two new exhibitions to be open officially on Thursday are Inaabiwin and Facing Claude Cahun and Marcel Moore.

The first was a contemporary Indigenous exhibit and it had a stunning piece of art (photo shown below).

The other exhibit delved through genderqueer art from the early 1990s to the contemporary time.

The two exhibits run until January 2020.

Posted are photos from the iPhone 11 Pro and the DJI OSMO Pocket. Thanks goes out to Ottawa Tourism and IGersOttawa for hosting the instameet.

END_OF_DOCUMENT_TOKEN_TO_BE_REPLACED 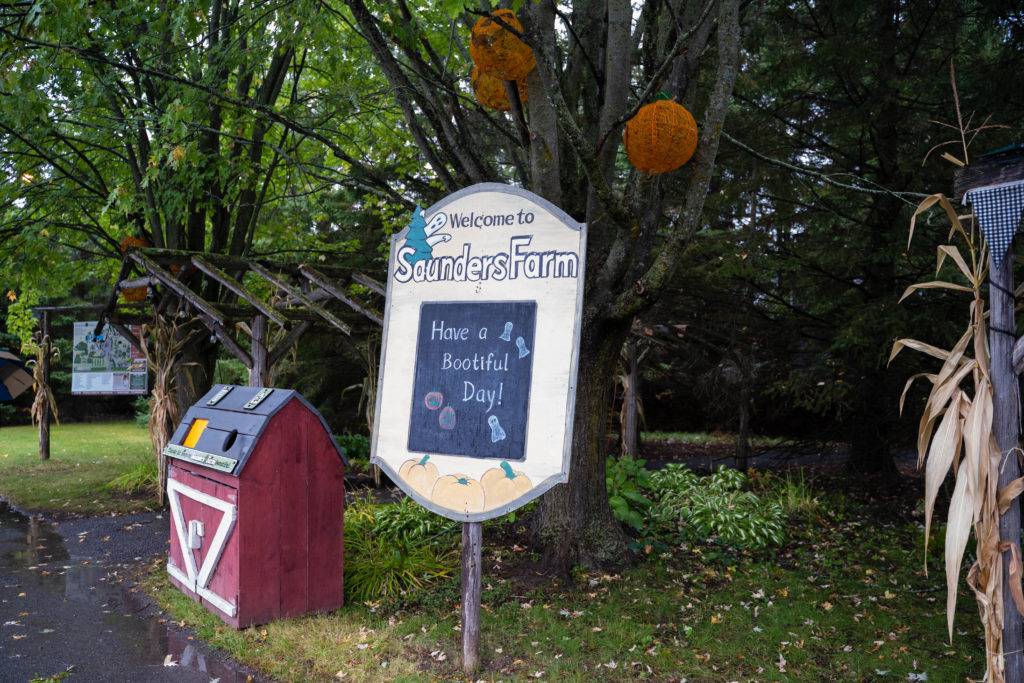 It was a rainy Saturday morning as I got to attend an instameet at Saunders Farm.

It’s been a long time I have been to Saunders Farm. From late September to October, they hold their popular Haunting Season. It is popular for all families with lots of activities to check out.

There were mazes and scary decorations throughout the area. Visuals were amazing and eye catching.

For the food, I got to try their Pogo Poutine.

It was great joining photographers and Instagrammers for the event.

Big thanks goes out to Saunders Farm, Ottawa Tourism and IgersOttawa for holding the event.

You can check the photo below.

END_OF_DOCUMENT_TOKEN_TO_BE_REPLACED 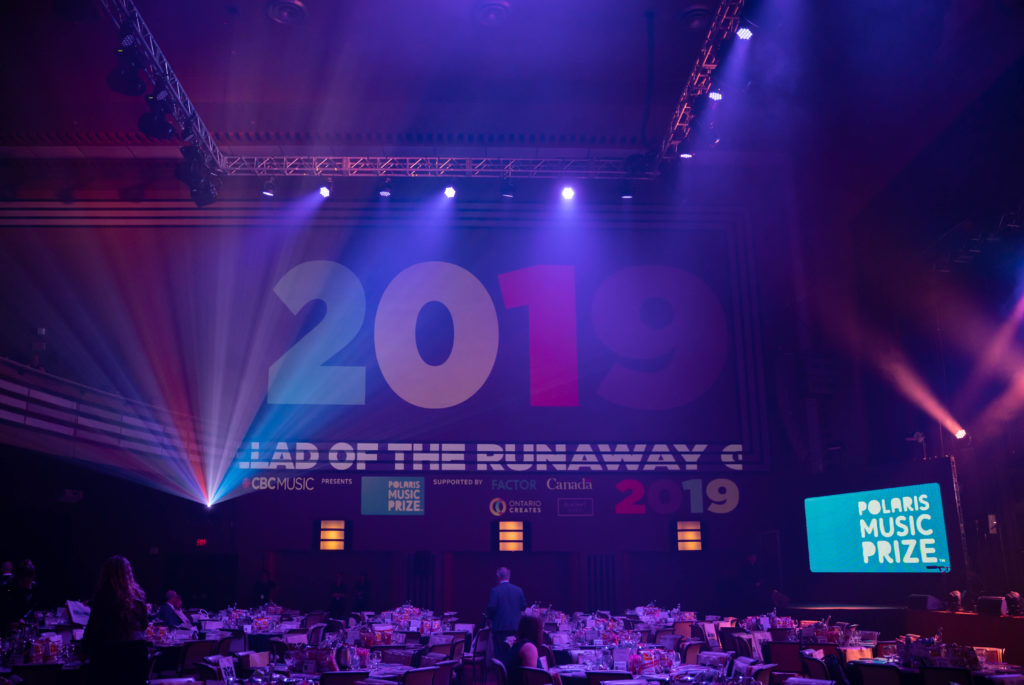 The 2019 Polaris Music Prize winner went to Haviah Mighty for her album, 13th Floor. She beat out the likes of Shad, Snotty Nose Rez Kids, Pup and a whole other vying for best in Canadian music album of the year on artistic merit.

The gala was always full of excitement and great to see people I know from the media and musicians.

Congratulations goes out to Haviah Mighty and getting the $50,000 prize.

Without further ado, you can check out the photos from the 9 performers from the 2019 Polaris Music Prize gala.

END_OF_DOCUMENT_TOKEN_TO_BE_REPLACED 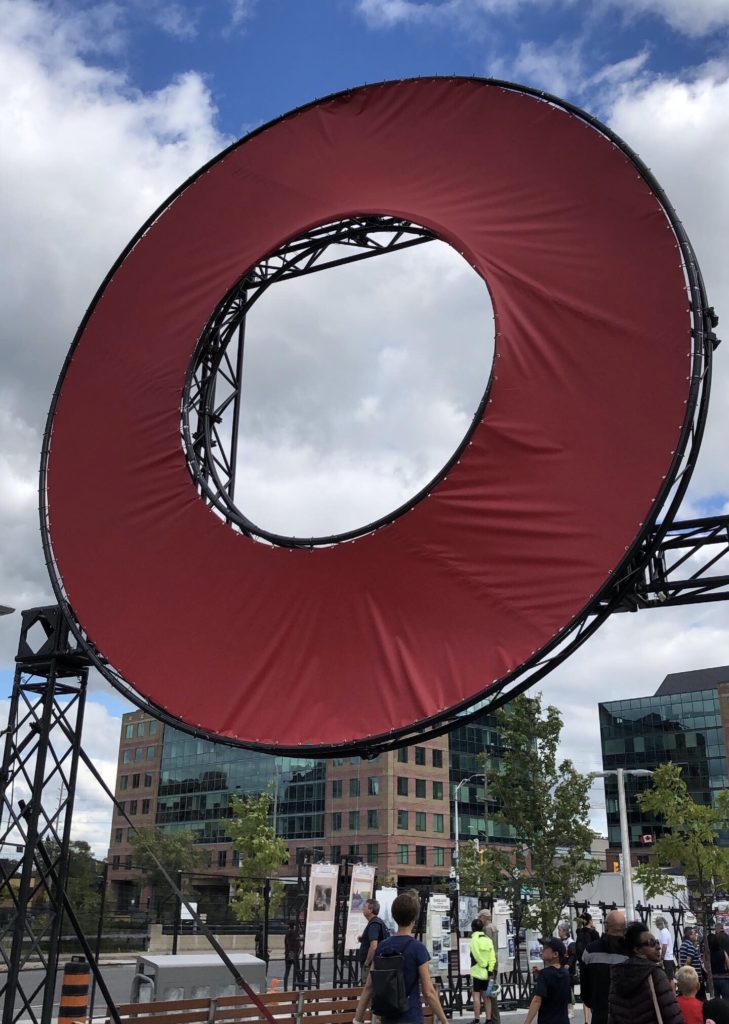 It’s been over 6 years in the making and Ottawa finally has LRT up and running. I got to ride the new trains and it was suppose to be open at 2pm for the public but I got in 15 mins before the official opening.

The O-Train routes spans 12.5 km and 13 stations. It took about 25 minutes to ride from Tunney’s Pasture to Blair. West to east and vice versa. Initial impressions from the trip was pretty good. No delays and hiccups throughout the whole trip.

I was able to capture photos and videos from the trip. You can view it below.

With that done, I am off to Toronto for the Polaris Music Prize Gala. It’s an exciting time for Canadian music fans to find out who gets the award for best in artistic merit in Canada.

END_OF_DOCUMENT_TOKEN_TO_BE_REPLACED 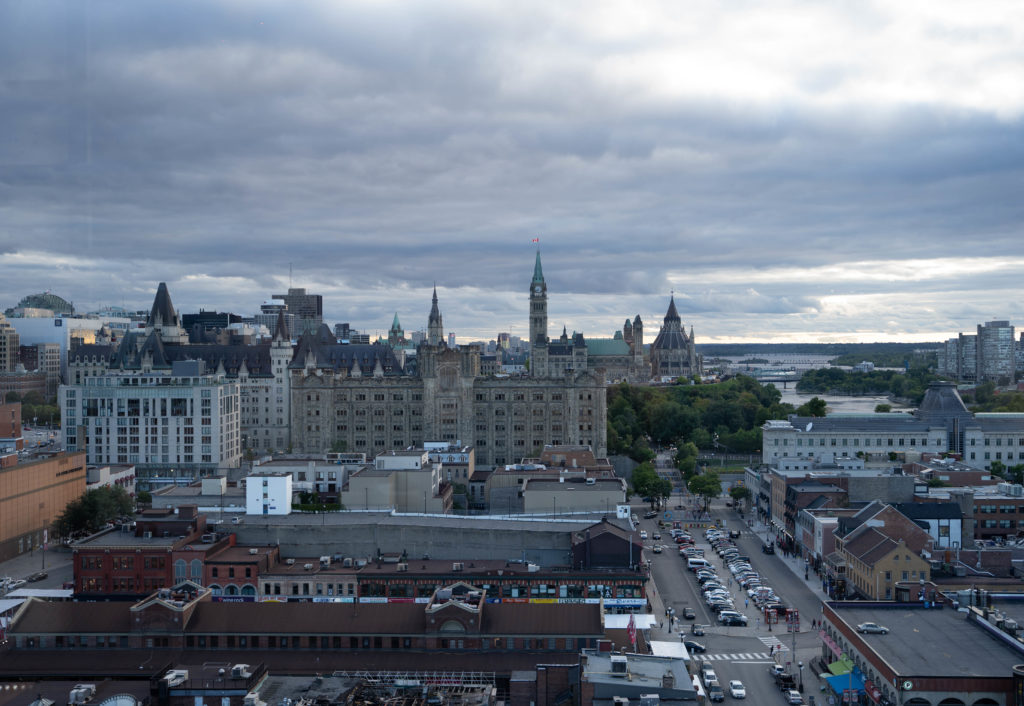 Another patio instameet was held at Copper, Spirits and Sights, located on top of Andaz Ottawa. Hosted by Ottawa Tourism.

It’s my first time to enter inside the hotel and on top of their floor for their patio. The event was another activity to promote tourism in Ottawa.

Some foods were served from the likes of charcuterie, mini burger sliders and mini lobster rolls.

For the time since purchasing, I was able to take photos with the Tamron 28-75mm lens for the Sony a7 III. The photos are posted below.

A nice way to start September thanks to Ottawa Tourism and Copper, Spirits and Sights at Andaz.

END_OF_DOCUMENT_TOKEN_TO_BE_REPLACED 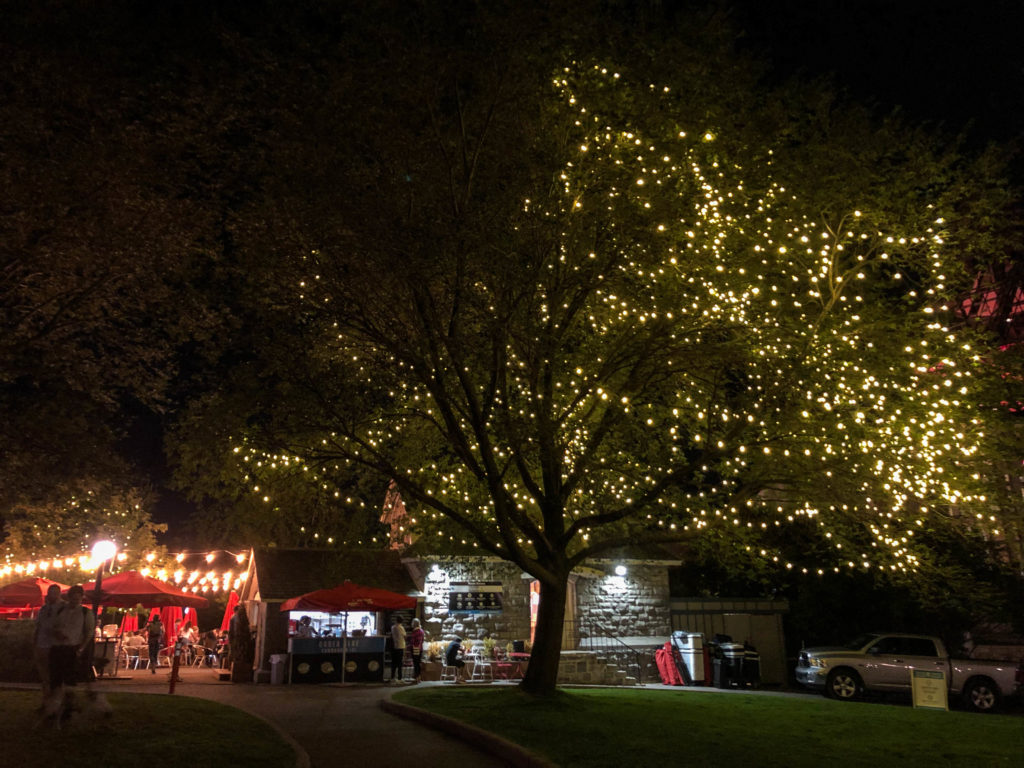 As Summer of 2019 slowly winds down, I had the opportunity to attend an Instagram meetup hosted by Ottawa Tourism. It was at Tavern on the Hill. Got to meet the usual Instagramers and photographers at the meetup. The event was also a photo and video shoot promotional for marketing activities showcasing Ottawa.

As it was my first time being at Tavern on the Hill. The canteen serves drinks and food. I tried out the Das Dawg hot dog. That consisted of smoked meat, sauerkraut, pickles and mustard. The hot dog was pretty filling and excellent.
There was live music at Tavern on the Hill while we mingled.

I had the chance to use the DJI Osmo Pocket and take some photos and videos. A few have been posted on Instagram.

Overall, I had a good time at the event and you can check the photos. Thanks to Ottawa Tourism for holding the event.

END_OF_DOCUMENT_TOKEN_TO_BE_REPLACED 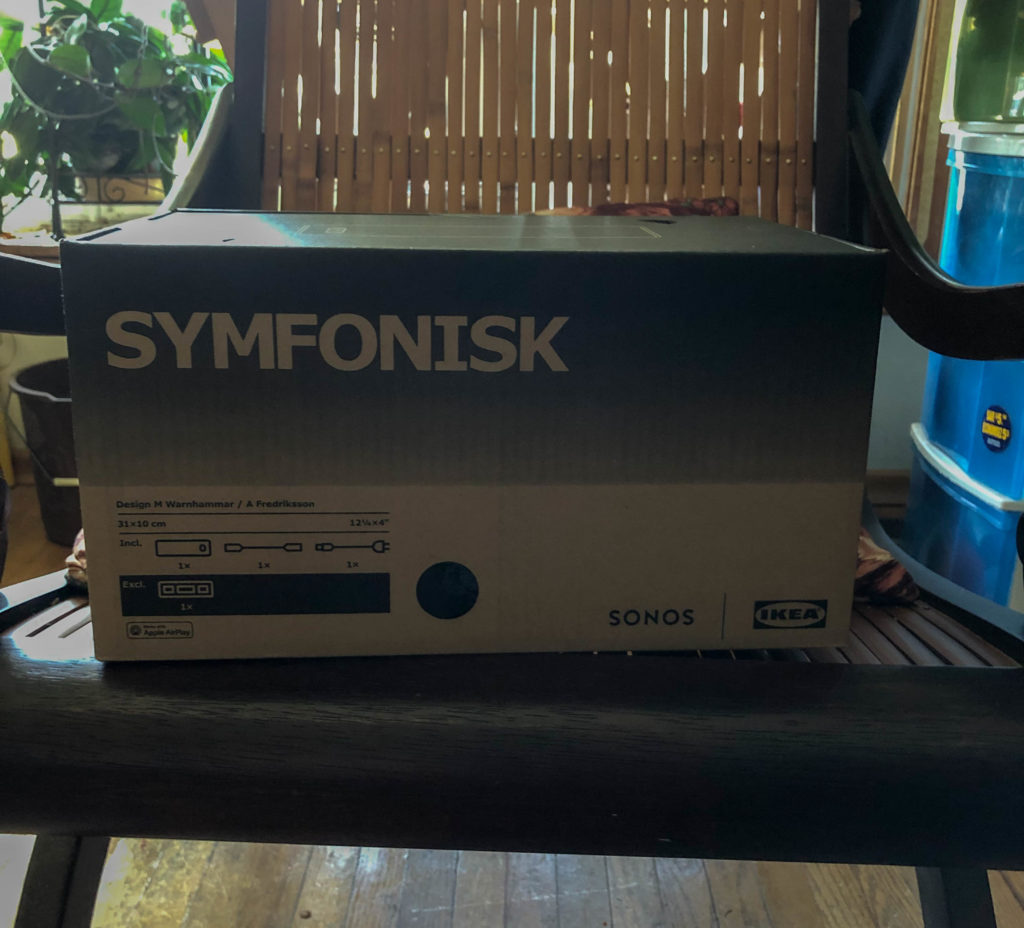 This is not a sponsored post. There was a lot of talk with the unique partnership with IKEA and Sonos as they released two WiFi speakers called SYMFONISK. One is a bookshelf speaker and the other is a table lamp with speaker. The lamp can be used with smart lightbulbs from IKEA’s own and Philips Hue lightbulbs.

I decided to pick up the SMYFONISK bookshelf speaker as it got released on August 1st. The price is $149 Canadian while the table lamp with speaker is at $249. I chose the black speaker. It is affordable than getting the Sonos WiFi speakers.

Setup was pretty simple as you need to install the Sonos app on either the smartphone or tablet. Then you need to connect to the WiFi router and slightly had issues due to forgetting the password.

The sound quality is pretty good as I tested on TuneIn, Spotify (need to be on Premium account) and through AirPlay 2 via Apple laptop/desktop and iOS apps. You can use Amazon Alexa and Google Assistant to connect to their devices.

I tried playing this clip from Infernal Affairs through Netflix as it’s become a favourite scene because of a song used in it. The scene can seen at this link.

The design of SYMFONISK is pretty simple with the look and buttons. You put it anywhere in the house and play music to your own liking. It’s convenient to connect or pair with other WiFi compatible speakers for surround sound.

Overall, I’m pleased with my first purchase of Sonos branded speakers in partnership with IKEA. I should create the 2019 Polaris Music Prize Short List playlist on Spotify and give it a listen to the new speakers.

You can view the photos from below.
END_OF_DOCUMENT_TOKEN_TO_BE_REPLACED