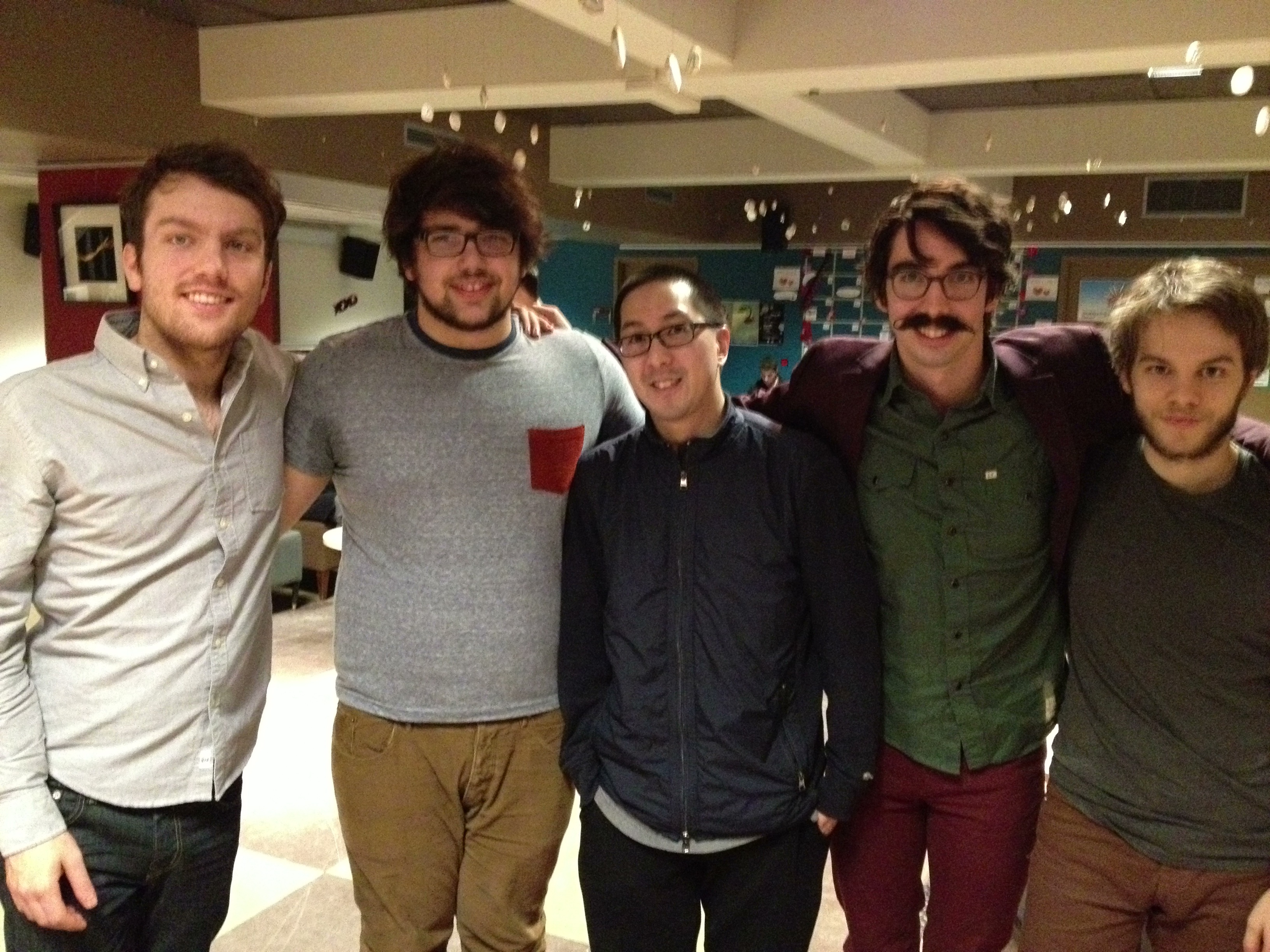 Hey friends, this is Candice writing a quick recap of today’s edition of WildWorks.

So busy, busy show today – not only did we have a double dose of interviews with bands Young Rival and The Elwins, but today was also Lenny’s birthday! Happy birthday, friend! Here’s to another amazing year ahead and all the DAVIDsTEA your heart desires. : )
The photo shown is Lenny with The Elwins, after the interview.

On today’s show, we played a few tracks from artists and bands that are competing in CBC Music’s Searchlight contest. CBC is looking for Canada’s next big thing, and the winning artist/band will get a sweet $20,000 in music-related equipment from Yamaha. The list of the top 20 acts is slated to be released Feb. 25.

And since our city has no shortage of talent, we played some tracks from a few Ottawa-area contenders like Three Little Birds, Sound of Lions, Laurent Bourque and Roberta Bondar.
Also on the podcast was featuring Scary Bear Soundtrack, as the lead singer is now living in Nunavut and taking part in Searchlight for that area.
For live music this coming week. Emm Gryner, who we played on the show, will be playing at the NAC Fourth Stage.

As always, we blitzed through the Wild 10 Countdown before the show. At number one, we had Born Ruffians with their track, “Needle.” Their album, Birthmarks, will be out April 16.