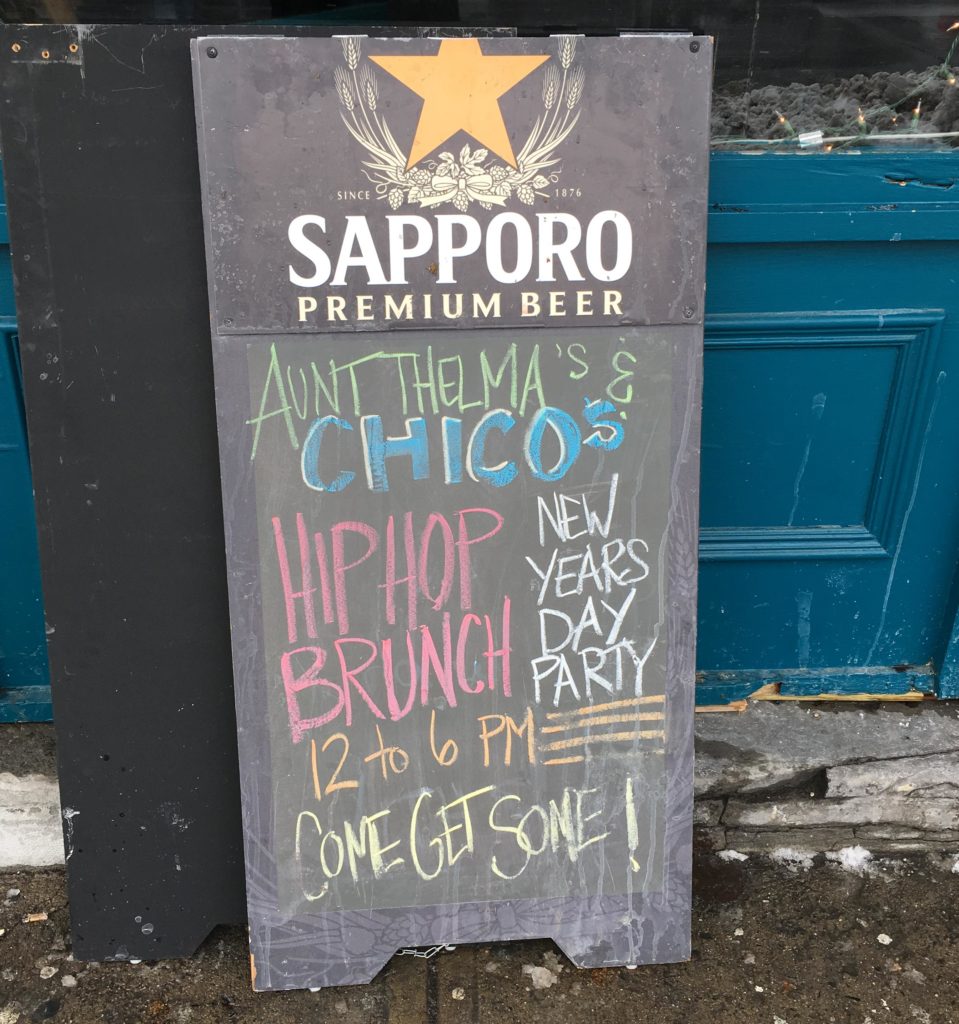 I had the chance to try out the New Pork State of Mind. It’s derived from the Nas track, N.Y. State of Mind. I originally thought it would be Empire State of Mind by Jay-Z & Alicia Keys. The Hip Hop themes are from the 1990s and early 2000s. It was a pretty good meal. It’s a mix of sweet heat from Aunt Thelma’s Pineapple Preserve with some jerk seasoning. Got to love the peameal bacon from it and with the fried eggs. My brother ordered the popular Notorious BLT. That consisted of waffles, bacon, lettuce, tomatoes, cheese and spicy mayo. I tried the waffles and it tasted like very fine. It had the mild sweet taste of cake.

I arrived to Kinki when it opened at noon. I was expecting to see some people I would know but not knowing people were partying on New Year’s Eve, it was good to enjoy some food on the start of 2017.
Check out the photos from my Instagram account below.

Here for Chico's Hip Hop Brunch. What a way to start #2017. Not sure what to order. 😅 #ottawa #hiphopbrunch #chicoshiphopbrunch