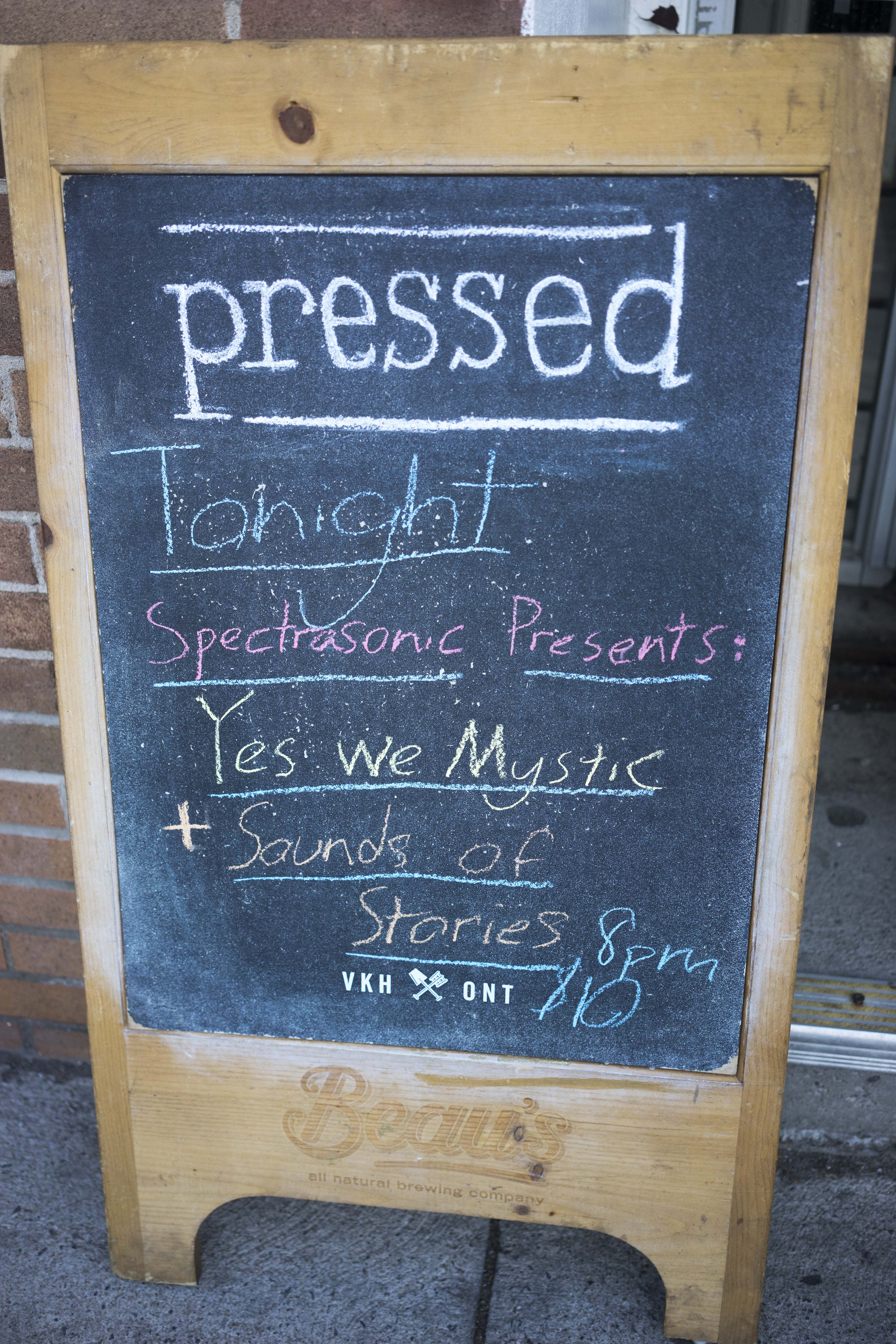 Yes We Mystic and Sounds of Stories played at Pressed on Thursday. It’s been awhile I have stepped foot at Pressed and didn’t realize an expanded space in the back.

Starting with Sounds of Stories, they’re an Ottawa band which is now a 6 member piece. Their genre is on the indie folk and rock side. They started off Thursday’s show at Pressed and made a great impression with their performance. The Voyage is their current album released and possibly a new album to be out in the Fall. You can check their album on Bandcamp.

Yes We Mystic is a Winnipeg indie rock band. They recently returned from Europe and back in Canada. Ottawa being the first on their Canadian tour. The band recently released their album, Forgiver. I was able to catch some of their performance and they were pretty rocking and full of melodic sounds.

Overall, a fine Thursday night to be out and about in the Nation’s Capital. June has a lot of events happening right now. Summer is in full form.

The photos are posted below.