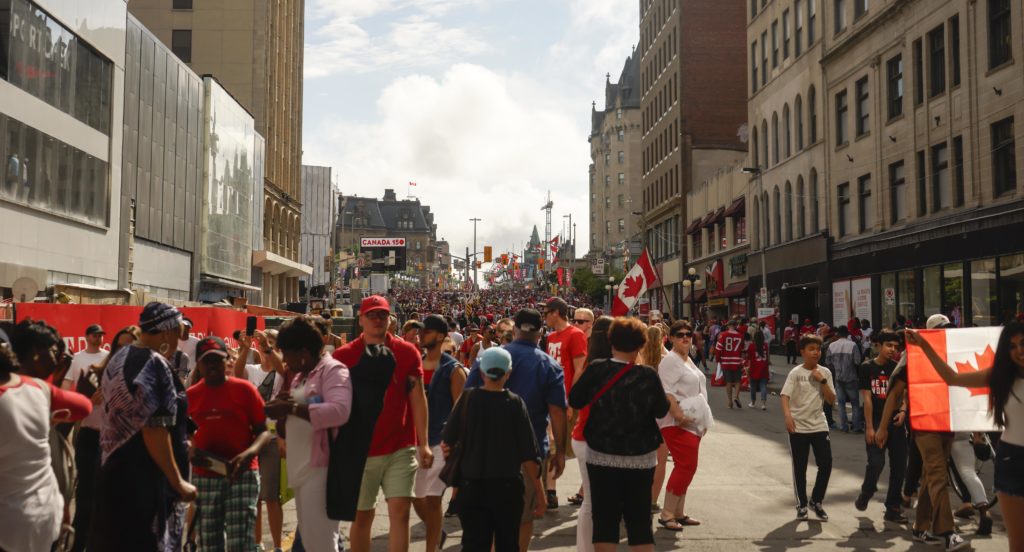 END_OF_DOCUMENT_TOKEN_TO_BE_REPLACED

It’s this time of year where I sporadically post entries during the Summer. I had the opportunity to go for more Cisco Ottawa Bluesfest dates compared to last year. I was able to do audio interviews with several artists. It will be provided here. Overall, I was excited to see some of the performing acts. Worse part was enduring the heat.

You can listen to the August 18th edition of the radio show. Aside from the top 10 countdown and Arcade Fire songs, there were interviews from Rolf Klausener of The Acorn, Aidan Knight, Jill Zmud, & Jim Bryson.
Press play to listen.

Apparently, I am taking part in this blog rally challenge, check the blog link out by clicking here. If you like my entry on Ottawa Bluesfest or the radio show, just comment away. Finished on July 26th.

Don’t forget to check out http://wild5countdownckcu.wordpress.com/ as it will be the only blog to be updated weekly during the Summer. I have been mentioning Arcade Fire over on the other blog.

Cameo In Audio Form on Other Radio Shows

Posted: August 4, 2010
There are two radio shows where I made a voice cameo appearance.
The New Midnight Jamz on July 31, 2010 – press play to listen.