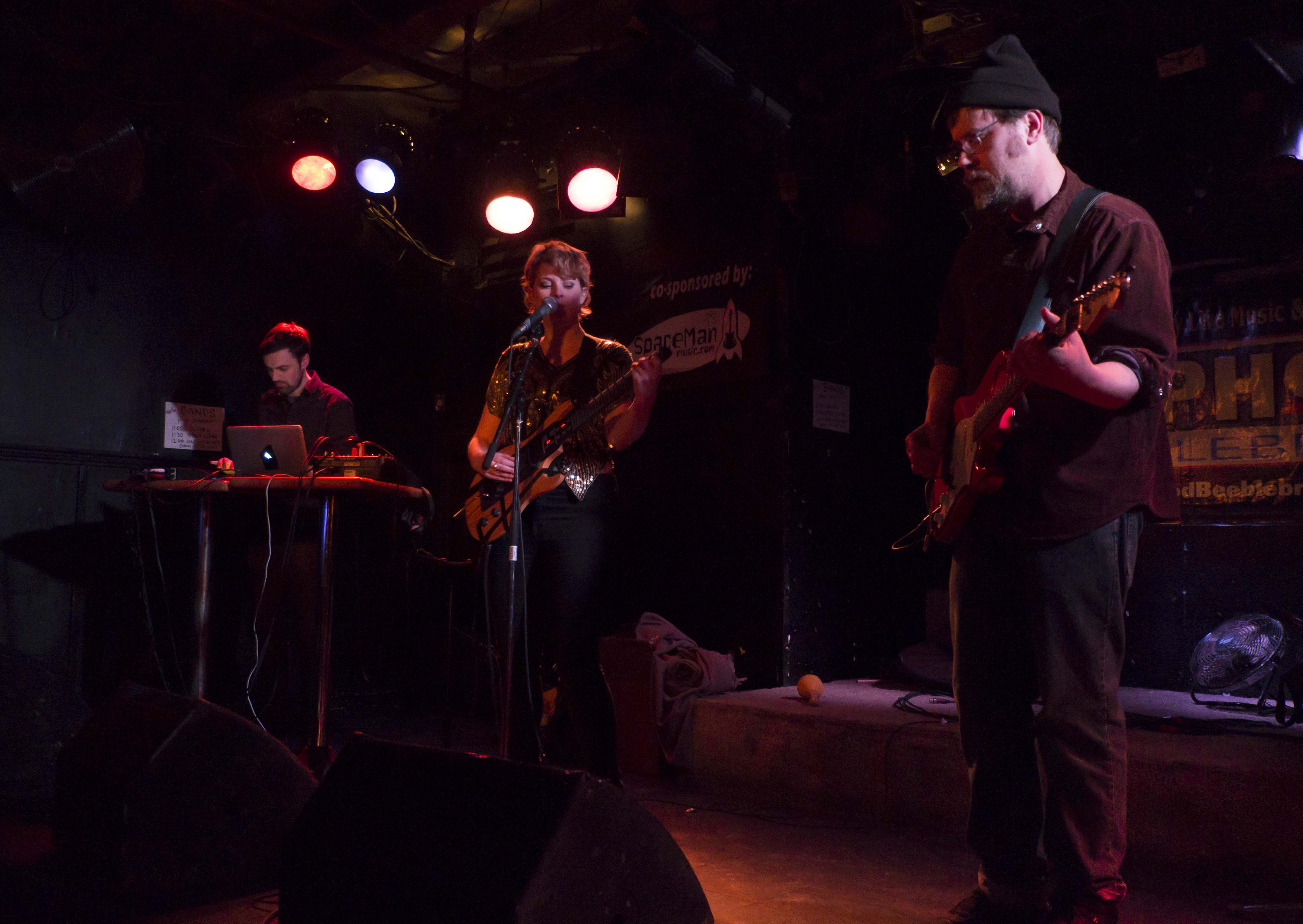 On Thursday night, a new band, AquaAlta played at Zaphod Beeblebrox. The band consists of Charles Austin, Jenn Grant and Graeme Campbell. It’s a side project and a collaboration of the three artists. The Halifax band released their debut LP, Dreamsphere on March 3rd and have embarked on a mini tour. Ottawa was their second show in promoting the new LP. Their vinyl includes 3-D glasses.

AquaAlta’s music can be described as dreamy or seagaze as described on their Facebook Page. The concert was much like that, very dream pop with some techno/electro beats in it as well as Grant’s hypnotic voice. For Canadian music fans familiar with Grant, there’s no change to her singing which keeps her folk music style intact. She had released her fifth album, Compostela in 2014 and is having a pretty busy year so far. The show at Zaphods was terrific and had a good turnout. At one point, Grant came down to the crowd and had people dance with her as she sang. It was definitely a fun show.

Opening up for AquaAlta was the local band, The Visit. Their music is a mix of experimental classical music and some throat singing. The duo consists of Raphael Weinroth-Browne on the cello and Heather Sita Black on the vocals.

You can check the photos on Flickr by clicking HERE.

Another Event I Attended
In keeping this blog PG, prior to going to the concert, I went to a bimonthly networking event called FUN Ottawa. The Ottawa chapter started in November and had their third event on Thursday. You can check out the official site at this link.

The networking event brings speaker to talk about how they messed up starting a business and how they were able to move on after failing. Each speakers take 7 minutes to talk about their missteps in life. It’s a fun and hilarious event. Just great to have attended two events on Thursday night.