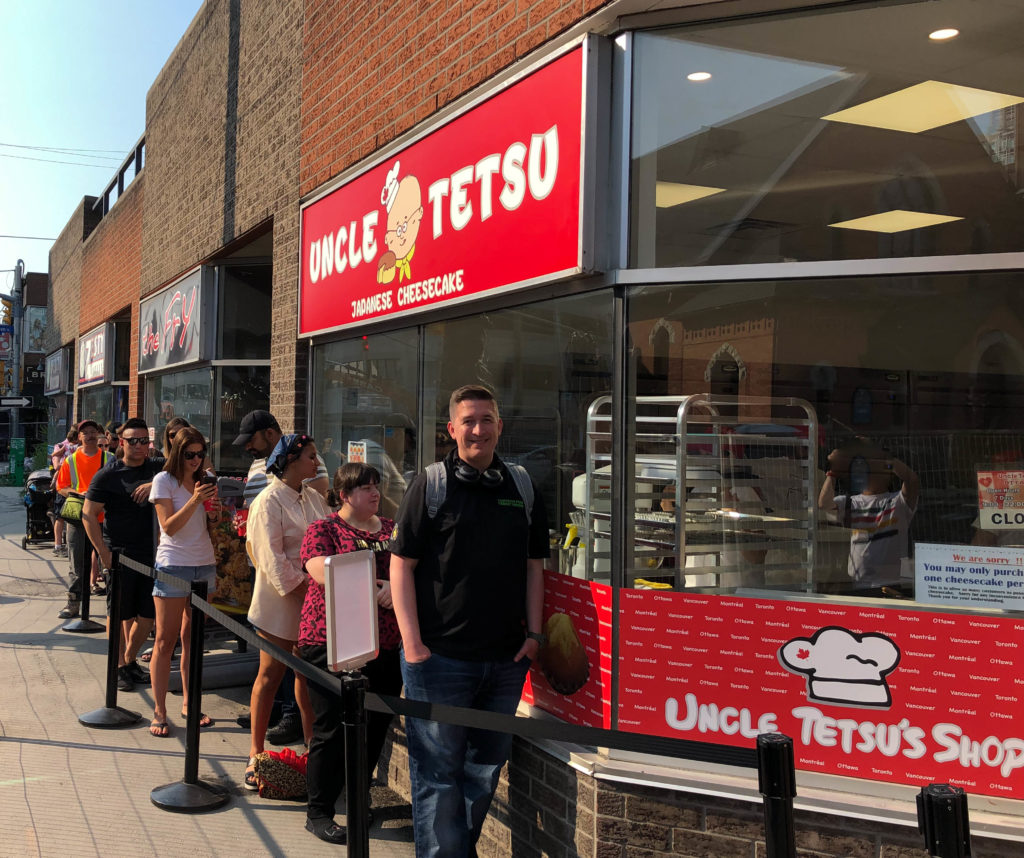 By way of Japan, Uncle Tetsu finally opened a new shop in Ottawa. Located on 280 Elgin St., it is the fourth Canadian city to bring the fluffy and light Japanese cheesecake.

Established in 1990, it wasn’t until 2015 that it first opened in Toronto as the first overseas shop.
Uncle Tetsu’s Japanese cheesecake is unlike the usual cheesecake served at restaurants and made at home. It has a less creamy texture and more of a fluffy texture.

I waited in line at about 7:50am and the lines started trickling close to 8:30am. There were fans of Uncle Tetsu willing to wait in line and crave for the cheesecakes. After purchasing the cheesecake, there was a line of about 50 people. There’s a demand for the cheesecake. No need to travel to Montreal or Toronto for it.

You can check out Uncle Tetsu Ottawa over on Instagram. Their opening hours are 9am-10pm.