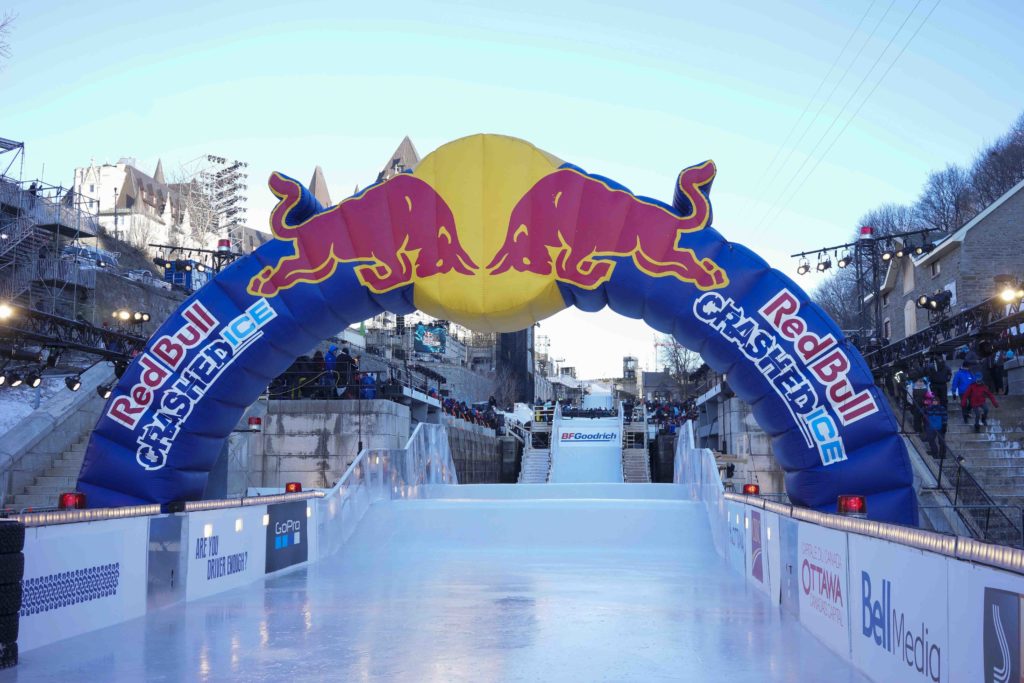 On the weekend, Ottawa played host to the 2017 Red Bull Crashed Ice. Crashed Ice is a fast sport consisting of skates and frozen ice sloping down in curves and bumps.

Riders from females and males compete for the fastest speed going down the ice. There were lots of bumps, trips, stumbles and slip during the whole competition.

The event was part of the continuing celebration of Canada’s 150th birthday and in the Nation’s Capital. It was located on the Rideau Canal between Fairmont Chateau Laurier and Parliament Hill.

The weather on Saturday was hovering around -20 degrees Celsius, quite the bone chilling temperatures. At least people braved the cold temperatures at the event.

I stood with other photographers from around 4pm to 10pm. It was about a 6+ hours standing in the frigid cold. Overall, it was a fun event to watch ice cross downhill.