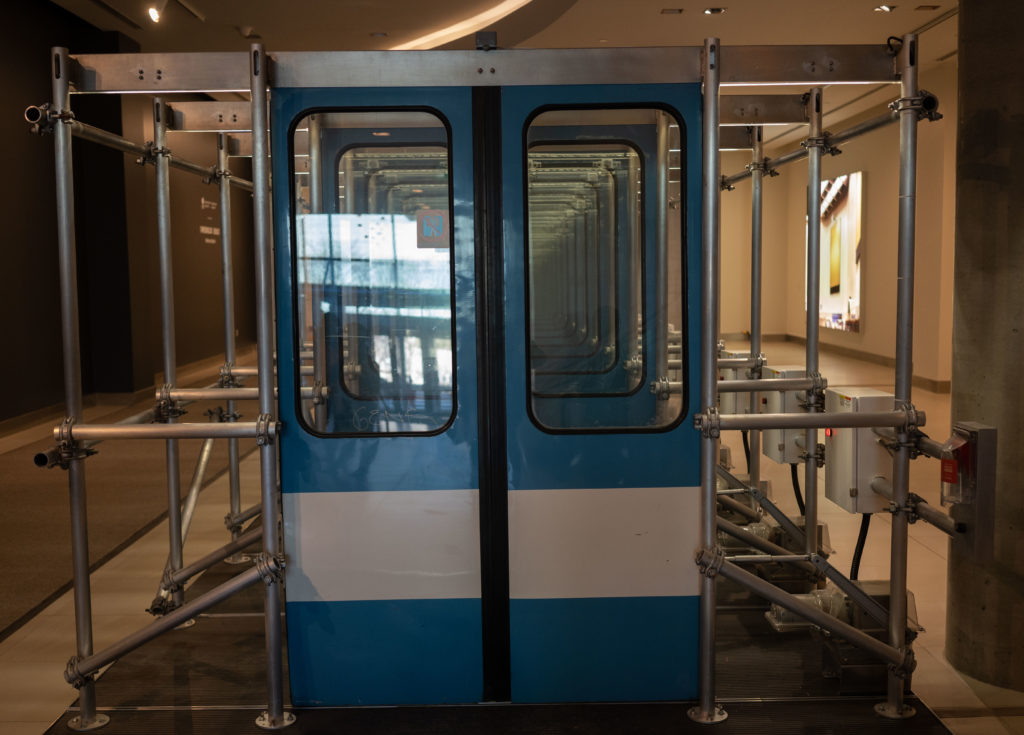 Ottawa Instagramers held a meetup at Canada Council for the Arts in downtown Ottawa.

The interactive exhibit was something I wanted to check out when it was unveiled in February. It is called Thresholds by Michel de Broin.

The experience is pretty unique because it uses doors from the metro cars in Montreal. When stepping foot, the doors would be open automatically. With light rail being delayed, it gives a glimpse of journeying to the urban space.

It was great seeing other Intagrammers, new and old. It was also a nice surprise to see a friend who works at Canada Council for the social media side.

At this event, I experimented shooting some videos. As usual, Polaroids were also taken.

Thresholds runs until June 9th. You can check the photos and videos below.